Bill Busbice is a lifelong entrepreneur who was born in Monroe, LA. As a child, Bill grew up with aspirations of becoming a college basketball coach. He attended McNeese State University on a basketball scholarship and studied Pre-Law.

Throughout his life, Bill always looked up to his dad. It was Bill’s dad and father-in-law who inspired him to go into trucking. His dad encouraged him to pursue a career that would not only improve his life but make him happy as well. Additionally, Bill learned a lot from his father-in-law who was a prominent attorney and political advisor to many elected officials in local, state and federal government. Bill later founded what would become one of his greatest accomplishments as an entrepreneur, Ace Transportation, a trucking company that served the oil and gas industry and became one of the largest trucking companies in the US. Ace Transportation was ranked the 73rd largest trucking company in the nation and also earned the #1 spot in Acadiana’s Top 100 Businesses before Bill sold the company.

Bill and his wife, Beth, have been married for 36 years and have two sons, Ryan and Matt, and one daughter, Sarah. Ryan, Bill’s oldest son, uniquely inspired him to invest in the hunting industry. In 2004 they co-founded Wildgame Innovations, where they developed a more nutritious feed for deer. Bill’s youngest son, Matt, joined the company and between the three of them, they built Wildgame Innovations into one of the largest hunting companies with acquisitions of other companies in the hunting vertical, including Flextone Game Calls and Barnett Crossbows. 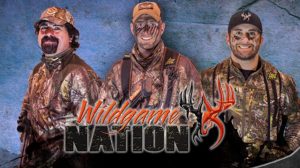 The Busbice family also acquired a 55,000-acre timber company in Northern Louisiana where the family spends much of their time. The Busbice’s also launched a television show called “Wildgame Nation” that aired nationally for 10 years, in addition to a reality TV show on A&E that ran for 2 seasons. 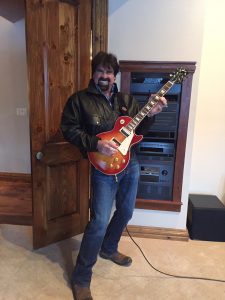 As a hobby, Bill has always played guitar. He has always loved rock-and-roll and at one point thought he may pursue a career as a professional musician if the trucking business didn’t work out. His days of playing guitar came to an end when he developed a rare brain tumor where he is only 1 of only 37 cases in the world. The night before brain surgery, Bill’s longtime friend, Ted Nugent, called him in the hospital. Bill told Ted one of the signs he experienced where he knew something was wrong was that his left hand could still move up and down the neck of the guitar but his right hand was slow and not able to pick the guitar strings like it used to. Ted calmly replied, “Well quit playing rock and roll and start playing blues guitar.”

Today, Bill has returned to his passion for the trucking industry by co-developing HWY Pro, a technology company who develops applications for the trucking sector that will change the method and efficiency in which freight is transported in the world of trucking. The HWY Pro app is already being used by owner-operators across the country, improving the means at a rapid pace by which products are transported.

Bill is consumed by his responsibility to his family, his faith, businesses, wildlife and community. He takes pride in the wisdom of learning from every challenge life throws at him, as well as finding the humor in it. Bill prides himself on maintaining authenticity by staying true to himself, and feels a sense of compassion for others and nature, as well as determination, especially in business.